The Miracle of Sight 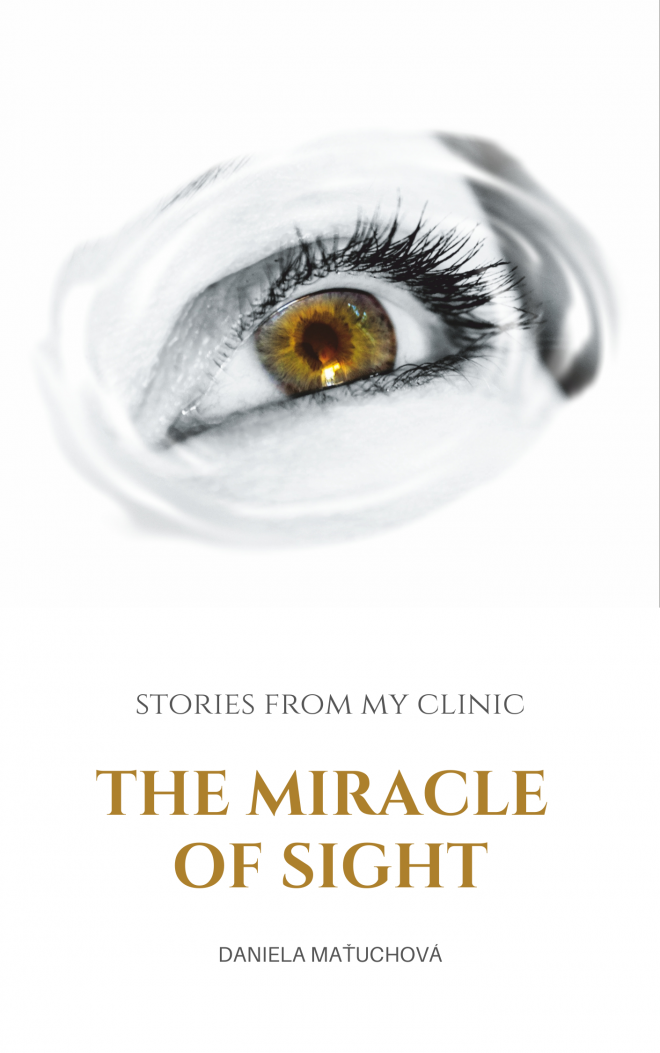 The Miracle of Sight

More than 50 stories from my office, in which I want to illustrate the most common mistakes that lead to impaired vision.

I'm convinced that after reading this book you will change the way you see and you will discover what an extraordinary miracle and gift our sight is to us.

We have become used to the fact that if our vision is not perfect, we reach for glasses, contact lenses or laser surgery.
However, blurred vision does not just happen for no reason. It represents a kind of warning light which is supposed to tell us that something in our life is not right.
That our balance is disturbed.
When we put our glasses on, we immediately feel like everything is back to normal.
But it’s not. The cause remains. And the problem can get even worse. It is similar to taking a pill to reduce fever or alleviate pain. The pill does not cure the problem. It just suppresses the symptoms which also point to an imbalance. A prerequisite for successful treatment is finding the cause of the problem.
In the words of S. N. Lazarev: “Understanding heals better than medication.”
This understanding can come if we look at a problem from multiple angles. And that is exactly what I am going to attempt in the following chapters. Through analysing the stories of my students, we are going to look at the most common mistakes and bad habits which lead to impaired vision. The stories are supplemented with my own observations and short reflections, as well as with tips and advice on what you can do for your eyes to keep them in good condition for as long as possible. I have selected the techniques and activities which I consider the most effective and have also included a few tips on how to help tired eyes. At the end of the book, you can find a glossary of terms, which I have included to help you understand what I am writing about. There is also a distance vision test and a near vision test, as I mention these very often in my
stories. In the conclusion, I summarise everything important in a few points. If you feel that I repeat myself sometimes, trust me that it is my intention. In one of his books, Sergey Lazarev wrote: “In order for man to understand something, you need to show him the same truth from various angles and perspectives. As the famous piece of folk wisdom says: ‘Repetition is the mother of wisdom.’
I used to think that I should not repeat myself in my books, but now I understand that important information needs to be explained several times. Deep and serious thoughts must be explained from all angles and must be revisited over and over again.”

HOW IT STARTED
In my more than seven years of experience, I have had the opportunity to work with a large number of students. Some of the stories kept repeating as if they were carbon copies of each other. But there were also some that surprised me or that were exceptional in some way. Whatever they were, each one enriched me with a fragment of new knowledge.

Along with it came the idea that I should spread this knowledge further. And that’s how the first short stories from my office started to emerge. It is a well-known fact that we remember things we find interesting much better than those that we have to memorise or those that make us feel bored. Stories can entertain us, make us laugh, but also touch us. Unlike expert-level and often rather boring educational articles, they offer emotion. I can only hope that I have succeeded in conveying important information about vision and the possibility of improving it naturally, and that through the stories in this book, you have been able to discover what an extraordinary miracle and gift our sight is to us.

EVE
I’m thinking about how maliciously I sometimes treat my eyes. Recently, I’ve been doing it quite often. Although they’re desperately calling for help, constantly burning and passing the pain like a tennis ball from left to right, occasionally adding a backstroke, I pretend not to see, feel or hear any of it. I’m ignoring this miserable “tennis match” for life. Because who’s the boss here?

I keep staring at the computer screen in an attempt to tick yet another thing off my endless list of “urgent stuff”. And now, I really need to see and know the ending of the movie I’ve been watching, even though it’s been clear from minute one. The moving pictures hold a strange attraction for me through some inexplicable magnetism. I’m trying to take my eyes off the TV and look out of the window, at the books on my shelf and into the kitchen, but this magical force of unknown origin eventually brings them back to the screen. Who cares that the picture is blurred and the sharpness that used to be there is long gone? I can go on for now.

SOS! Save our souls! The screams in the dark of our poor, tired, exhausted eyes. Movie marathons that take hours, sometimes even all day or night. Mindless
staring at flashing pixels.

I’m staring at the screen, not moving an inch. I’m not breathing.

Millions of tiny flashing squares hypnotise me like a magician and paralyse me in my comfortable armchair or sofa. They have full control over me. They manipulate me any way they want. And I let myself be manipulated. Willingly.

I’ve said yes to all the delights of the modern age and stopped thinking about how my body would deal with them. Our poor eyes. They had no idea what was coming for them in the 21st century. We’ve narrowed their field of view and squeezed it into the 3.5 by 3.5 metres of our tiny apartments. Instead of sunlight, we feed them artificial light. We’ve robbed them of the look at the green splendour of mountains, forests and fields. Relaxed gazing into the distance has been replaced by strenuous looking at
nearby objects. We want to know what’s happening in the world around us, both at home and abroad, so we follow newspapers, the Internet and TV news. We want to have fun, so we live the lives of book protagonists and characters from endless TV shows.

We want to be “in”, so we follow the newest trends in make-up, fashion, interior design, and other “irreplaceable” things in life, promoted by adverts in renowned magazines, on internet portals and on TV. We want to have a simple life, so we download apps for everything. Soon, we’ll have one for breathing. We want to be in constant social contact, so we’ve moved our lives into the online space, where our neighbour knows just as well as a person on the other side of the planet what we had for breakfast, who invited us for dinner tonight and what event we’re going to on Saturday. We’re looking at a two-dimensional world which we’ve built within a three-metre radius of our eyes.
How little we need for life. A cable and a full battery. Eyes fixed in an unchanging position. At one constant distance. Without movement. Just don’t blink!

Oh, how much they want to look further than the computer screen! Their natural, but for years suppressed, childlike curiosity makes them want to find out what’s happening out there beyond the window, in the street. To simply watch people rushing to do their business, mothers with prams, the elderly with their pets. To wander all the way to the hills in the distance and draw over their dark outlines against the light blue sky with an imaginary paintbrush attached to the nose. Millions of colours. An infinity of shapes. God’s vitamins for the eyes. But it’s not possible. Not right now. The deadline’s approaching and I’m in a hurry. My boss wants it done today. And so, with the determination of a professional fighter, I type and type, as if my life depended on it.

I cross my legs because even nature’s call has to wait.

I don’t drink, just in case.

I move my eyes across the bright screen and try to focus on the blurry letters. When I squint, they’re sharper. And so, I squint and squint more often than ever before. My eyes are drying out and getting a reddish tinge, reminiscent of a vampire’s gaze. I try getting rid of it with eye drops. At first, it kind of works. But now, I have to use the drops all the time. They make it better for a while. But then it starts again.

I use drop after drop and there’s simply no end to it. Squinting has become second nature. How else could I read the bus number or tell which colleague’s walking towards me? How else could I read my boss? I need to know his mood so that I can tune in and be able to switch to my escape or attack mode at the right moment. But there are moments when squinting is not enough. My exhaustion causes the letters to become a hardly recognisable dark smudge floating on the bright screen. And I can only guess my boss’ mood from the intensity and tone of his voice. I rely on people waiting at the bus stop to tell me the number of the approaching bus.